The Rose Vol. 1: A Little BackStory

The Rose Vol. 1: The BackStory
by PD Alleva 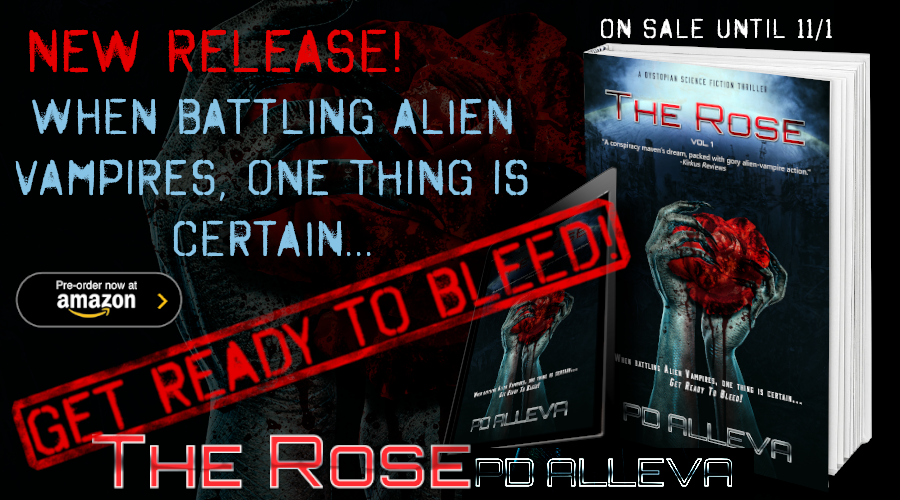 The Rose Vol. 1 begins immediately after the end of World War 3. More than a handful of characters in the novel are completely unaware of what has been happening behind the scenes of the war. Unaware that aliens exist and definitely unaware that there is a human/alien conspiracy responsible for the war, I relate these characters to the reader, all of whom are tossed into this alien conspiracy eye opener, discovering the existence of aliens, underground cities, and the threat the conspiracy poses to all of humanity.

During the writing process I envisioned the reader sitting shotgun on a thrill ride with the characters behind the wheel, discovering one twist after another as the multiple alien species’, their history and lore, are brought to the forefront of consciousness existence while continuing to provide intrigue and a thirst to learn more. Of course I enjoy cliffhangers that add to the mystery of alien lore and theories featured in the story. Following is a brief ‘inside flap’ description of the story that provides a slice of background. 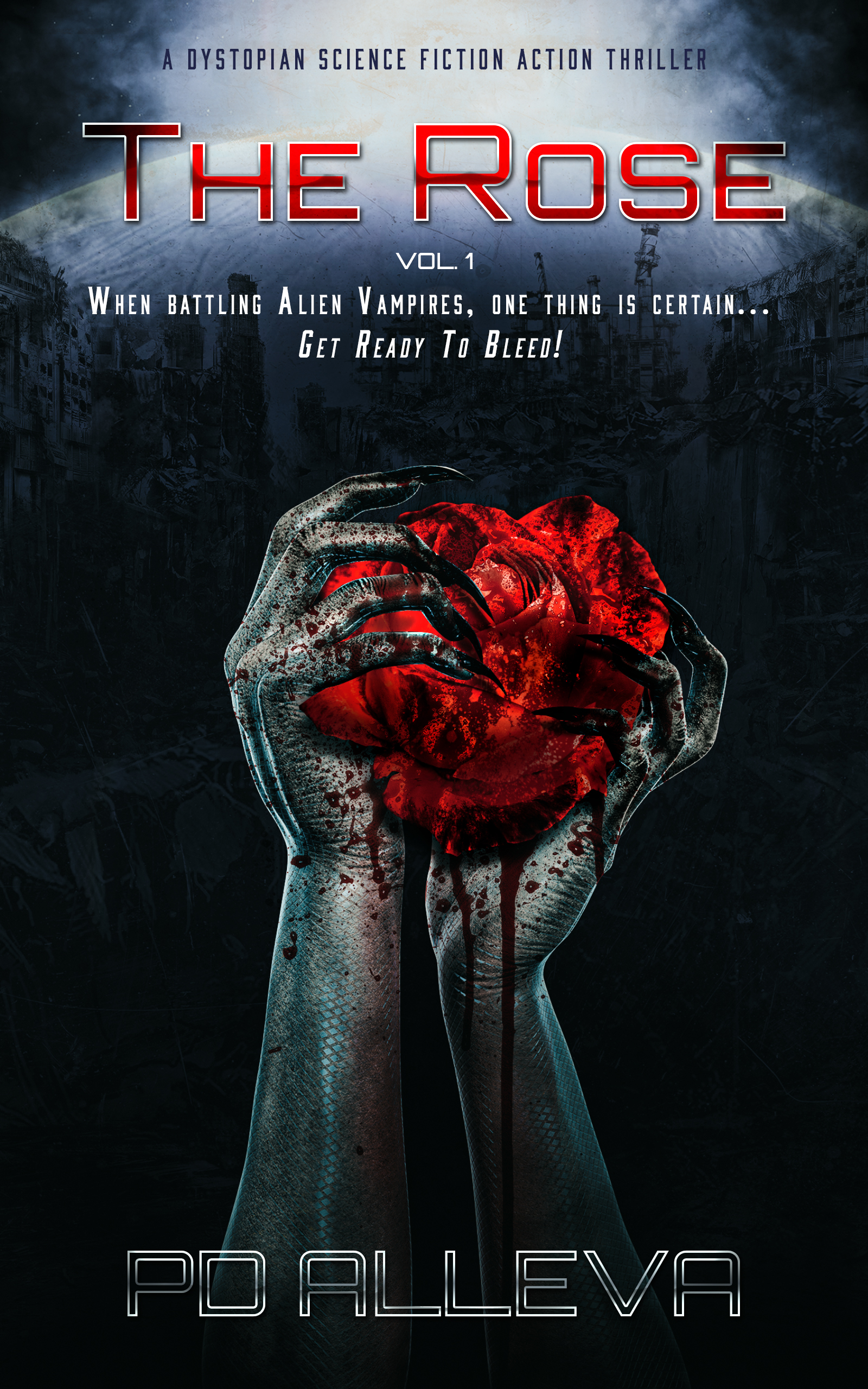 World War III has been raging for more than a decade. Desperate to survive, American citizens found refuge in the many safety camps scattered across American soil. Sandy Cox is among them. She arrived with her husband Ben four years ago. Now word has arrived that a treaty has been signed: War is over.

But the treaty is not what it seems. Rumors of chemical zombification and genetic experimentation on the young and unborn spread through the safety camp as the very soldiers tasked with providing safety quickly turn against their people. Sandy, six months pregnant, lives in fear for herself and her unborn child.

Enter Phil, a rebel freedom fighter with a mission to deliver Sandy to Atlanta where a group of freedom fighters wage a secret battle with a hidden enemy. And Sandy is the key to their success. But when Sandy and Phil are caught hiding in a run down hotel all hell breaks loose. And in the aftermath of the battle, Sandy is escorted to an underground medical lab and Phil is presumed dead.

Once taken underground, Sandy quickly discovers there’s more to World War III than human beings are aware of…and they come with teeth. Grey aliens and a species of Alien Vampires -- The Dracs -- have formed an alliance with powerful humans.

Now Phil must enter the underground compound as Sandy fights for the life of her unborn child. Armed with The Blades, an ancient weapon used in sacred alien martial arts, Phil braces himself for battle with alien vampires, greys, and genetically mutated humans.

Gear up, strap in, and indulge in an action adventure unlike any other. 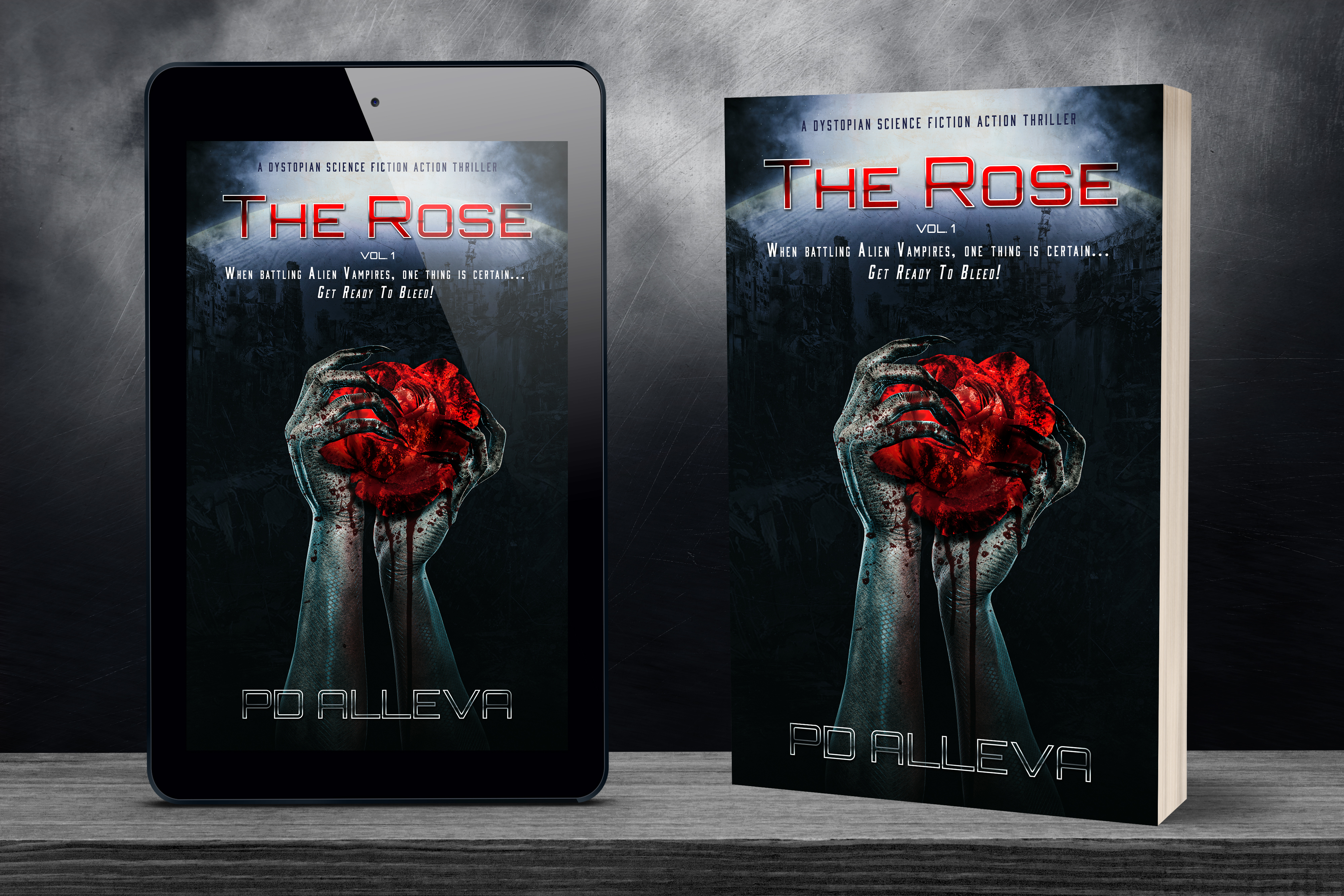 Just a little taste of what’s in store with a little bit of information on the backstory, including the war and why Sandy is originally found in a safety camp. As an avid reader, I’ve always enjoyed stories that keep the reader guessing, wondering, and interested in learning more about the characters and depths of the plot. It is the writer’s job to keep the reader engaged, providing tid bits pertaining to the overall plot and arc of the story while maintaining that intrigue, want, and desire to learn more. And of course, tossing in some plot twists that develop into redirection conspired with action that ultimately feeds the reader with a holy cow, or WTF kind of response, but always driving the excitement. As we cheer and wait to learn the fate of our favorite characters it’s the writer’s job to transform that intrigue into a mind-blowing reality that drives a stake through the heart and mind with complete satisfaction.

I enjoy maintaining the mystery and I’ll have to admit sometimes I’m even blown away by a plot twist or character reaction. With a planned series of seven books over three interconnected series (The Rose Vol. 1 & 2, The Indigo Trilogy, and Winter Vol. 1 & 2) building the story requires mystery, wonder, and forever building stakes in each installment. Questions receive answers as needed, but as Phil – the rebel freedom fighter in The Rose – says to Cameron – a rogue American soldier whose been thrown into this mysterious rebellion shrouded in alien lore and conspiracy  - “Every answer leads to another question.”

Published by Quill and Birch Publishing
Buy from: