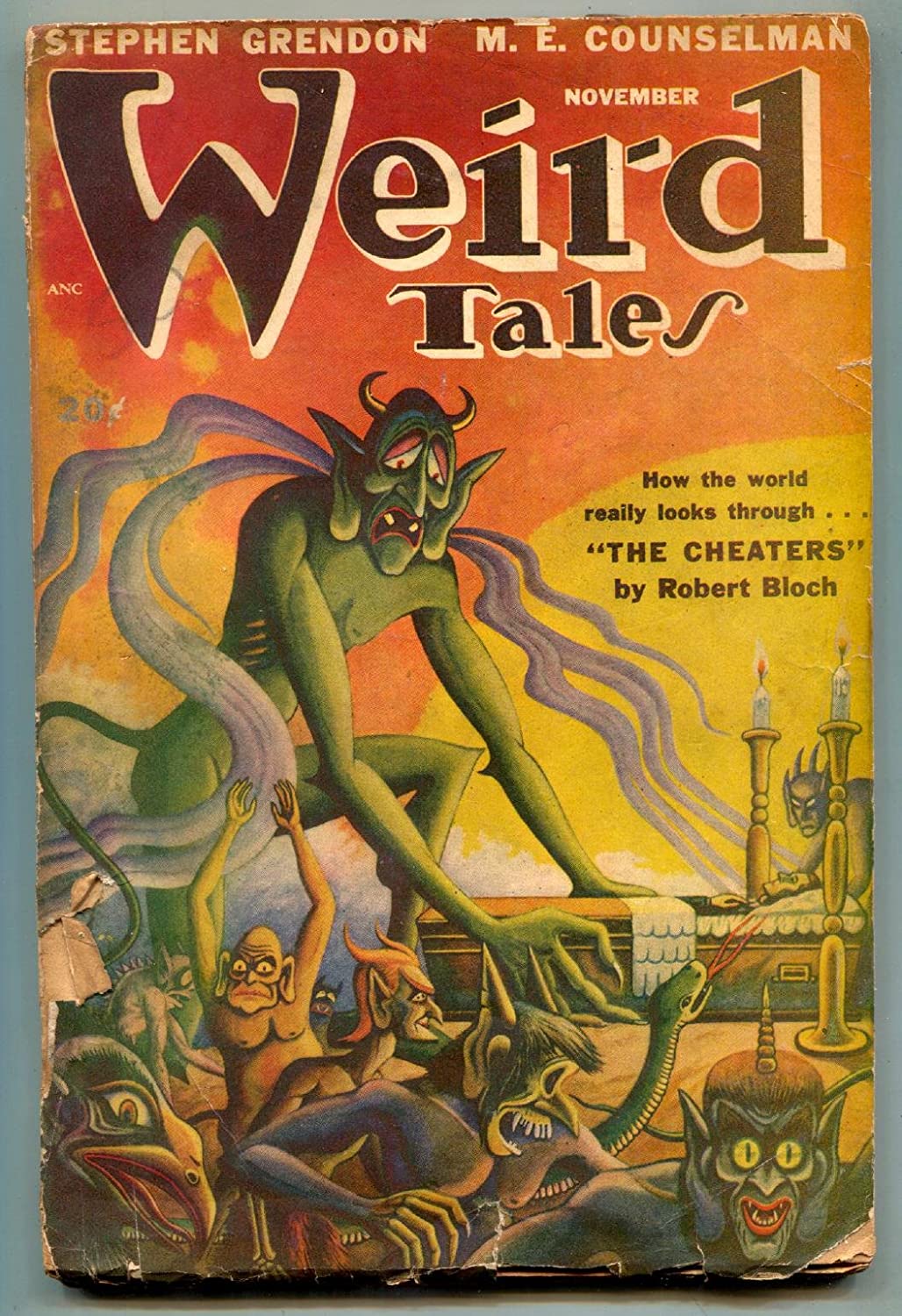 I’ve always been intrigued and influenced by the Pulp Fiction era. In my earlier days on planet earth I was lucky enough to come across boxes of old Pulp magazines my father had kept in our basement from his youthful days living in Brooklyn, NY. I still remember opening those boxes and discovering the pile of pulp magazines with their fantastic and eye-catching covers. My young mind was in awe as I read from those pages that sometimes broke apart in my hand. I can only wish we had kept those boxes; I’d be in heaven right now.

Pulp Fiction magazines featured fantastical stories with an escapist mentality. Magazines such as Amazing Adventures, Weird Tales, and Fantastic Adventures, unleashed a plethora of stories under well known genres: science fiction, crime thrillers, cosmic horror, and even erotica (referred to as spicy pulp), and launched literary careers that continue to inspire in today’s literary circle. Authors such as Ray Bradbury, L. Ron Hubbard, and of course, HP Lovecraft, all had their start punching keys on their typewriter to the tune of creating the most outlandish storytelling, characters, and circumstance. 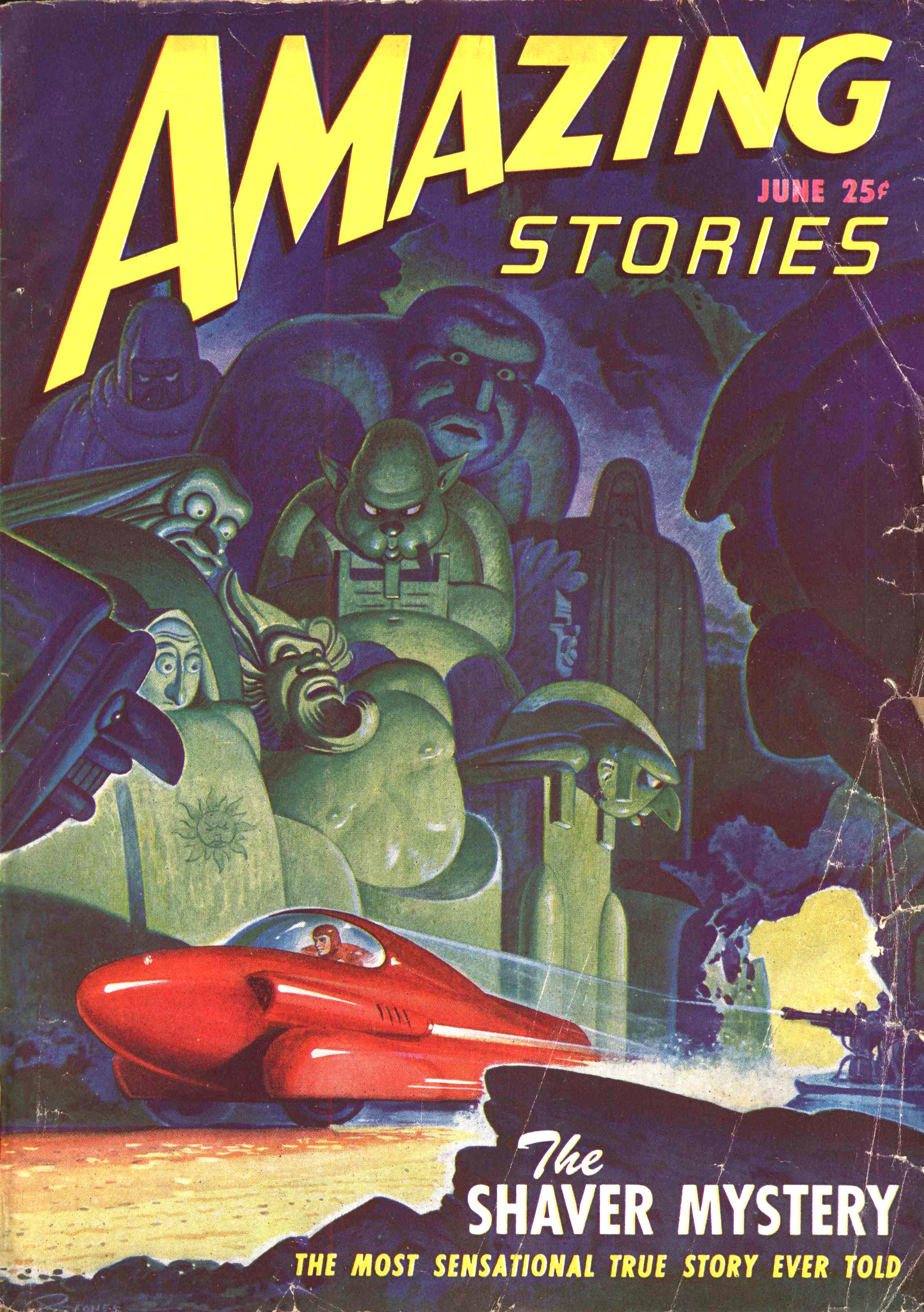 So, a little about the Pulp Literary era and why this amazing era is being reborn. Pulp Fiction Magazines first premiered in the late 1800’s, existing as an alternative to the more prestigious magazines published during that time. The magazines earned their name Pulp because of the cheap wood publishers used to make the paper the magazines were printed on (this is why those old magazines would sometimes break off between my fingers). It was due to the cheap copy and under paying writers that allowed these magazines to be sold at such a cheap cost: 0.10 for most magazines with the highest cost at 0.25. My, my, I don’t even have a cents key on this keyboard; see how times change so much? I’m sure I can find one but seriously I’ve got better things to do.

Decades later, in the 1920’s the Pulp Magazine era took off to astronomical heights, and would continue this reign until the late 1950’s when television, movies, comics, and the dime store paperback provided readers and viewers with alternatives to the Pulp magazines. Unfortunately, popularity waned and the old Pulp’s closed up and ceased publication. Although there are a few exceptions, most notably Weird Tales, which had a resurgence in the late 1980’s and is still published today. You can check them out Here. I just ordered their most recent issue.  But what does this have to do with being reborn? Well, And Here We Go!

Indie publishing would be that answer. As a writer I’m in awe of all the incredible books indie authors are publishing. I see it as a new renaissance with great storytelling at the forefront catapulting readers into new worlds, alternative realities, and retellings on old myths. Look around, a large portion of indie authors write in the fantasy, science fiction, paranormal romance, horror, and erotica genres, reflective of the old Pulp Magazines. And then there are the covers. Indie authors tpically have awesome covers; another similarity to the pulp era. It’s kind of refreshing to have so many books to choose from. Whatever your fancy, there’s an indie author who can stake a claim in any reader’s heart. Plus, they’re typically low cost. Indie books normally range between 0.99 (there’s that damn cents debacle again) and $2.99, reflective of the old pulp cost to readers (yes, inflation is a bitch). I consider myself lucky to be a part of the ever growing, ever expanding, ever popular, escapist literature of the indie publishing world. Pulp or not, its indie publishing that directs the future of literature. IMO

I refer to my own novels as Alternative Fiction, consisting of themes and concepts reflecting the escapist mentality of the pulp era. Thrills, chills, twists, and wild rides that catch the imagination in a glove and then squeezes the pulp out of it. But there’s more going on than meets the eye. Isn’t there always? With this surge of great literary accomplishments the playing field for readers is being leveled. No longer are readers subjected to traditionally published books that fit the publisher’s narrative with a streamlined plot that seems to be popping up in just about every novel the big publishing houses choose to throw on the shelves as if programming was as easy as taking candy from a baby. Nope, not at all. Perhaps this isn’t as much of a revival as it is a continuation or revenge, driving and directing the publishing landscape towards a renaissance of fantastical escapist literature. After all, with all that’s going on in the world I think we all need an escape. 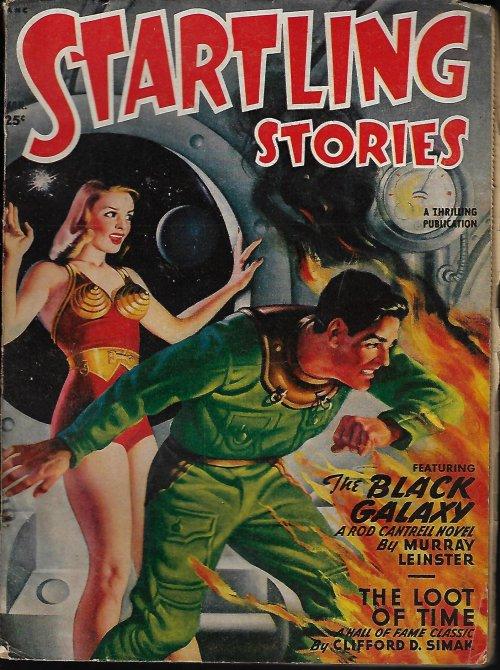 I recently found a website where you can check out and read the old pulp magazines free of charge. Because of the withering and decaying Pulp paper, a group of dedicated Pulp fans have taken the time to photograph, copy, and put together these old magazines. You can download their copies or read them over the website. I use my Ipad, which is perfect to view the old pulps as if I’m reading off my kindle. You can find them here, at pulpmags.org

As always, Be Bold. Be Brilliant. Be Extraordinary.