Why Do I Write Science Fiction

Why do I write Science Fiction? 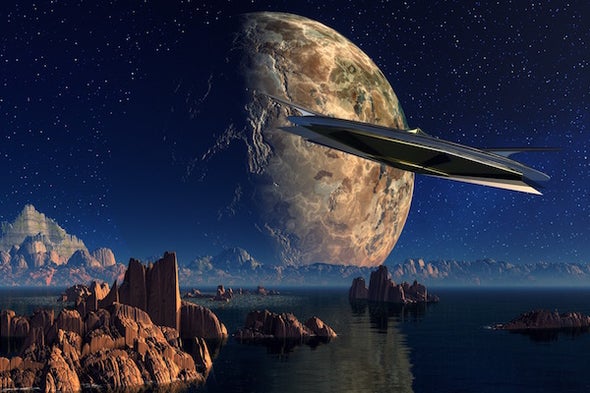 Because I’ve got my head in the clouds. My mother used to call me the daydreaming boy. Used to sing that song too, “What a day for a daydream. What a day for a daydreaming boy.” I’ve also heard “Earth to Paul,” on so many occasions I can’t even begin to count how many. What can I say, I’ve got bigger things to think about than what exists in this 3rd dimensional so called reality.

But let’s get serious. Writing science fiction is a direct result of an overactive imagination, a deep seeded thought process that jumps at ideas, concepts, and philosophies that combine with the need, want, and desire to manifest a great story. And then there are the influences. Star Wars and Star Trek to begin with, which as a child growing up in the late seventies and eighties, Star Warstook hold on the imagination, refusing to let go. Then, as time went by and my imaginative child mind required new frontiers to explore, movies like 2001: A Space Odyssey, Alien and Aliens, John Carpenter’s The Thing and They Live, leading up to a brash and impactful new world of science fiction movies that include The Matrix, Interstellar and The Martian, filled the void.

Not to mention the books, yes the science fiction books that captivated my young and impressionable mind. From H.G. Wells’ many classics to Dune, Enders Game, Asimov and more recently Blake Crouch’s Dark Matter and Recursion, science fiction has always enthralled and captivated my attention. Most likely a result of that wandering and thought soaked mind with so many possibilities the imagination just loves to go there. To seek the unknown and put theory behind an intergalactic manifestation of rule and law that exists, unknowingly to us, in the universe. Add all the above to an obsession with Ancient Aliens, alien lore and conspiracies, and books like The Holographic Universe, and the imagination just runs wild with no end in sight.

Science fiction, to me at least, has no boundaries. There are no limits with science fiction because as the author the world is yours. We are not bound to any third dimensional reality; no laws of physics exist without our express written consent. I can build a world in one chapter and destroy it in another. Raise unwilling heroes from the spawn of devils, or introduce a new species with a relevant and mythological spin. Resurrect lore and rewrite history as a pun for the future.  The efforts are limitless indeed. So, why do I write scifi? Because it gets my gut, fulfills the imagination while simultaneously allowing said imagination to wander deeper into the far reaches of the cosmos, and (with the exception of horror, which I also write) it is the genre that fits me like a glove.