Oct 19, 2019 by PD Alleva
UNDER A HUNTER’S MOON (Shadows Over Seattle: Prequel One)
by Timothy Bateson 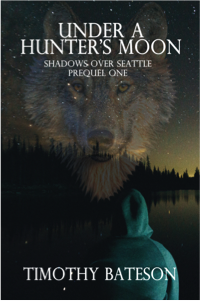 Past and present collide for a wolf-shifter during a museum break-in.

Richard Parsons is a maverick wolf-shifter who grew up among the teen gangs of Seattle. His tendency to find trouble has often attracted police attention. When a traveling exhibition returns to the McCaw Museum Richard finds that he has personal reasons to visit after hours. His audacious plan goes awry when a particular display forces painful memories to the surface. Can Richard face down the demons of his past before the police become aware of his presence?

A janitorial closet served as my hiding place, until the museum staff locked up for the night. The simple lock disengaged in seconds, and I made my way down the corridor. A solid oak door blocked my progress, as I reached into a backpack. This presented a challenge, but I resolved not to be defeated.

Pulling out my lock-picking tools, I set to work. I glanced over my shoulder a couple of times, thinking I heard movement from around the corner. The night guard was making her rounds, and I wanted to avoid running afoul of her. If she discovered me so close to obtaining my target, it would be disastrous.

Less than a minute after starting, the tumblers clicked into place. I eased the door open, slipping into the room housing the touring exhibition. Green light from the emergency exit sign, cast a pale glow over my shoulder. I shouldered my backpack, as I placed a folded piece of paper between the deadbolt, and the strike plate, preventing the lock from engaging. I tested the door and it required more than a casual effort to push open – more than satisfactory.

The door opened into the rear of an exhibition room. Dim overhead lights shone down on several displays. Dim moonlight shone through the honey-combed skylight, causing filaments of shadow to overlay the displays, a little like dark cobwebs. The clouds were so wispy that there was little chance of them obscuring the moon.

The displays highlighted various predators and prey of Washington. Different lighting effects created a feel of the wilderness and unsettled the nerves of the average visitor. Years of hunting at night meant that I wasn't even the least phased.

I glanced around, getting my bearings, and took in the life and death struggles that surrounded me. To the left a rabbit ran from a cougar. To the right several pheasants flew from bushes, pursued by a raging boar.

Despite the familiarity of the other scenes the central display caught my attention. The woodland recreation was so realistic that I detected the scent of dampness in the soil. Two hunters hid in the bushes, pointing their rifles at a third figure. Though she wasn't human, I knew both aspects of her nature human and wolf.

Her wolf form was posed as if running from the hunters. As I reached out to touch her paw, I remembered how things had turned out on the night portrayed. My fingers contacted perfectly preserved fur, and the sensations flooded back from that Halloween night.

The air turned damp, the scent of the forest after a rainfall filled my nostrils, and the sensations of grass and mud between my toes. Tears welled up, blurring my vision, and memories came flooding back. As I looked up through the skylight, the moon became fuller and brighter - a Hunter's Moon that shone through the trees. The room faded.

What was the defining event that made you start writing?

I moved from England to Alaska in 2005 to marry Sandi. Since I couldn’t work for six months, while we dealt with the immigration process, so Sandi found a way to keep me busy. She’d been working on a vampire novel called “A Rose By Any Other Name”, and asked me to read it.

For months one of the characters kept popping into my head, and I started making notes for my own novel, which the character would appear in. Strangely, this spawned several short stories, and the novel is still being worked on.

Which is your favourite character and why?

“A Rose By Any Other Name” featured a variation on the werewolf that fascinated me, and Richard Parsons was born. He’s a streetwise ex-gang member with very few ties and stuck in a situation he was blackmailed into. What makes him my favourite character to write is that he has a habit of surprising me by going-off-script, and leading me down paths I’d never considered. He’s the reason I have 5 short stories instead of a finished novel. 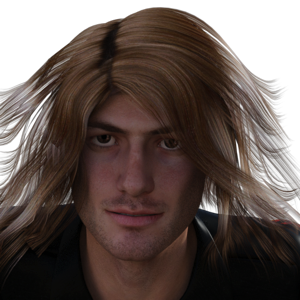 Have you used any real events or places as inspiration for your writing?

Most of my stories are set in Seattle, because that’s where Sandi set her story. But once I started looking into the city, it’s history, and surroundings, I became fascinated by the possibilities. I’m a city-boy at heart, having been raised on the outskirts of London, so there was a lot of inspiration from life.

One of my stories is set during the Iraq conflict and features a team of US Marines. So yeah, real events and places influence my writing, sometimes in a big way.

What advice would you give to someone wanting to write a book?

“No matter what you write edit happens!” Once you realize that, it’s very freeing. Everything you write will go through various stages before it’s ready to be released to readers. Your first few drafts are never going to be seen by readers, use them to explore the characters and the stories. You’re going to be going back and editing the story outline, into a more coherent plot anyway. Allow yourself to make mistakes, follow dead-ends and red-herrings. You’ll get a better feel for your world, your characters, and what your story is about.

What are you working on now?

I’m currently back to working on the novel that started my short story releases, “Of Wolves & Men”. In this novel, we’ll follow Richard Parsons as he seeks revenge for the mysterious death of a close friend. Unfortunately, revenge isn’t something that the Supernatural Taskforce can condone, and he’s been blackmailed into working for them. Want to know how he ended up in that situation? Read “The Lupine’s Call”

How did you go about developing your cover artwork?

The cover art for the first three short stories was created by the same cover artist as a set. I knew that I wanted a wolf-logo somewhere on the covers, because so many of the short stories would feature wolf-shifters in some way. But I only gave very vague descriptions for the rest of the design.

Since I have more stories to release, and plans to collect them into a single volume, I’m probably going to go back and get new covers sooner or later.

What do you write about in your blog?

My blog is primarily used to show off the work of fellow authors, although I do run occasional updates on my own work.

Over the years I’ve featured some great authors and books on my blogs (at the start of this year I transitioned to my current blog) through Story Time readings, book spotlights, new releases, book reviews, and author spotlights.

I also do tie-ins to events that I’m involved in, like the B2BCyCon (an annual online book event), OWSCyCon (which did an FSFRL takeover in May 2019), and my annual “31 Days of Halloween” event.

What are your writing plans for this year?

Right now I’m working on revising the outline for “Of Wolves & Men”, so I can use NaNoWriMo to get a solid start on the latest draft of the story.

I’m also working toward gathering the first five “Shadows Over Seattle: Prequel” stories into a single collection, for release in early 2020. There’s also a big update to “Evaline Transcendent” in the works. When the story was originally written I had a word-count limit, to get it into the anthology it was intended for. So, a lot of things had to be cut that I really wanted in the story - consider it an “Author’s Edition”.

What’s your dream job and do you think you’ll do it one day?

One day I’d love to be able to write full-time and continue to support my fellow indie authors. I currently work a full/part-time retail job and must balance my writing time with paid work. Too often I get deep into writing mode, and then realize that I have only minutes to get to work – talk about bad timing. Will I ever be able to ditch the day-job? I’m always hopeful, but realistic about how much time I should be spending on writing and marketing – so probably not.

What do you enjoy doing when you’re not writing?

I’ve been asked about this more than a few times, and my usual response is “Have you seen my author image?”Seriously though, I’ve been into falconry since for over 30 years and take every opportunity I get to handle raptors (birds of prey). There’s a thrill to being up close to these impressive predators that I can’t describe. Between falconry shows, visits to falconry centres and other events, I’ve been honoured to have flown owls, falcons, hawks, and even eagles.

Do you prefer ebook or hardcopy?

Hardcopy whenever possible. There’s something about having something physical in my hand that increases my enjoyment of the story. I also find that I read much faster and pay more attention to the story. It’s also really hard to show off a library of ebooks to visitors to your home.

That said, there is something to be said for the convenience of ebooks.

What’s your experience of the Fantasy Sci-Fi Readers’ Lounge?

I’m a member of several groups on Facebook, but FSFRL is by far one of the most active, and supported reader groups. When the admins learned that I was putting together a big reader event for May they reached out to offer the opportunity to do a tie-in with the group. I didn’t hesitate because I knew it would be good for both parties and bring some great books to the readers.

When the admins asked me to join the team and schedule the Story Time posts, I jumped in with both feet.

With writing, are you a plotter or (seat-of-your) pantser?It really depends on what I’m writing. Short stories are pure pansting, while my first novel’s outline is taking shape.

Do you prefer to read SciFi or fantasy: I’m happy getting lost in other worlds, and the more magic the better - So, fantasy.

Best superpower: Common sense. As much as I hate to admit it, I sometimes think it’s less common than it used to be, and will eventually become a superpower.

Number one thing to do on your bucket list:I don’t have one, because every day is precious, and opportunities should be taken when they arise. 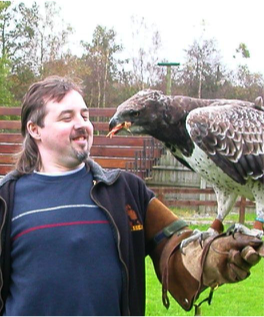 Hi there, I’m Timothy Bateson, and I’ve been writing urban fantasy and science fiction stories since 2014.

I’m joined in my writing endeavours by my lovely wife, Sandi. She is not only my inspiration, but the creator of what would become the joint writing adventure that is the “Shadows Over Seattle” world.

I’ve been published in five short story anthologies, and in 2016 I started to self-publish the first of the “Shadows Over Seattle” stories. And if that wasn’t enough to keep me busy, I’m also a very active supporter of my fellow indie authors through my book blog, social media, and a number of annual events I help organize.