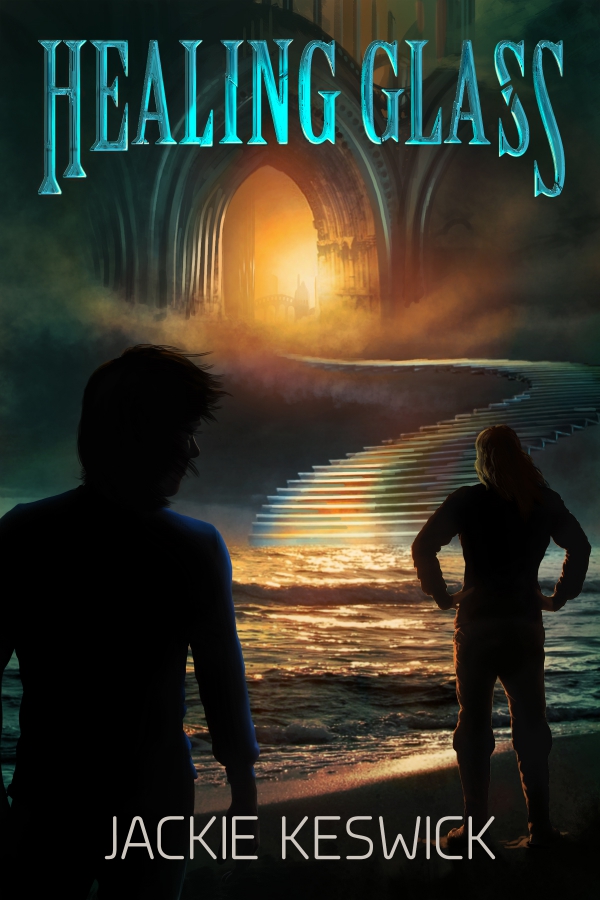 A dying city.
An ancient, forgotten accord.
And two gifted men caught in a web of greed and dark magic.

Despite belonging to different guilds, glass master Minel and warrior captain Falcon are friends. Their duties keep them apart, but when Minel falls ill and chooses death rather than the only known cure, nothing can keep Falcon from his side.

As their friendship grows into more, old wrongs and one man’s machinations threaten the floating city and leave both Minel and Falcon fighting for their lives. Can they learn to combine their gifts to save the city and its magic, or will everything they know and love perish before their eyes?

Healing Glassis an LGBT fantasy adventure love story with its head in the clouds. If you like medieval backdrops, impressive world-building, three-dimensional characters and a touch of magic, then you'll love Jackie Keswick's socially conscious adventure.

They thought to bury us. They never saw that we were seeds. Seeds of glass and steel, stronger and more resilient than either.

The glass carafe spun on its chain, propelled in slow swirls and small circles by the gentle breeze drifting through the wide-open doors to the roof garden. A rainbow of sparkles washed over the room’s white walls with each of its movements, bringing memories of the endless sky, of sun and sea, and the expanse of green that reached from the shore towards the horizon.

Minel lay on the floor and watched his masterpiece sway and spin. The carafe was perfect. Graceful lines and flawless material marked the craftsmanship as that of a true artist. Joy poured from each facet and curve and suffused the room until Minel felt the hum against his skin. A fitting tribute to his imagination, the carafe showed his mastery of that most difficult, fragile, and most expressive of all materials: glass.

He'd designed and crafted it to bring joy to others. Now it swung on its chain over Minel’s head, bringing joy to no one but Minel. The carafe would never be used. It would spend its days nestled in a bed of velvet, displayed as a testament to Minel’s command of his craft. A tombstone to the joy he’d thought to create.

Because Minel was dying.

Fever burned under his skin, the breeze from the terrace insufficient to quench the inferno. Instead of cooling the blaze in his chest, the eddies of air brought scents to torment him: the vibrant green bouquet of the plants he grew and studied for his designs and the sweet fragrance of their many-coloured blooms, the acrid bite of seared meat, and the throat-clogging miasma of reflected heat and dust on sun-baked rooftops. And fainter, more insidious smells that were even harder to escape: hope, desire, arousal, sweat... satiation.

Those scents raised images in his mind of things he knew nothing about. Or too much, depending how he looked at it. He played with them for a while, pictured ocean-dark eyes fringed by long lashes and dishevelled locks the colour of old gold. His memory added plush lips, the lower one fuller than the upper, and both as delicate a pink as an early winter sunrise. He imagined a broad-shouldered shape looming over his prone form and smooth limbs tangled with his. Thought of touching soft, warm skin, and of calloused palms grazing his aching sides. He dreamed of meshing lips and exploring tongues. He wished for the nip of teeth in sensitive places, the tiny pain a prelude to pleasure. He visualised core-deep shivers and heat, and joy so strong it blocked everything else from his mind.

When a sliver of regret pierced his joy, he pushed the images aside, pleasant and intriguing though they were. He’d never acted on his dreams. And he’d never dealt in regrets. His designs, and the pieces he fashioned, radiated joy, peace, acceptance, healing and any other emotion Minel aimed to convey. Regret had never been amongst those.

The tell-tale tingle in fingertips and toes had been his first warning. Then his surroundings appeared brighter, louder, and more fragrant every time he woke. And the slight shortness of breath grew harder to ignore as time passed.

He’d felt the onset of the disease and had turned his knowledge into a challenge, a race to finish one last piece. Finish it in a manner that would leave people wide-eyed and make them remember him in years to come.

Now the light’s rainbow caress brushed his skin like a velvet glove. The air sang with the carafe’s gentle movements. And Minel knew that he'd achieved what he’d set out to do.

Do you have a pen name and why?

Yes, I have a pen name. I decided to publish under a pen name because I run a business under my real name.

What made you choose this genre?

When I was younger, reading and writing were my escape from a less-than-ideal reality, and I escaped either into the past, into fantastical realms, or into the future. I’ve always written historical fantasy or sci-fi. It wasn’t until five years ago that I started writing contemporary suspense.

What’s the story behind your book title?

The Craft Guild has made their home in the floating city, which is semi-sentient and made from a material that closely resembles glass. The main character of the book is Minel, a Craft Master whose craft is glassmaking, and whose gift allows him to enhance the glass he makes so it has healing powers. His biggest challenge comes when he must heal not just others, but himself and the floating city.

What’s the basic plot of your book or series?

Living in a medieval-style world, the Gifted Guilds become a target for the power-hungry and have to find a way to survive. I’m planning three books, each exploring the rules and gifts of one of the three guilds.

Which scene from your book do you like best and why?

Actually, I have two. One is the scene that started the whole adventure for me: glass master Minel contemplating his final piece as he’s dying. The other is the scene of warrior captain Falcon braving the invisible stairs up into the floating city, and then finding out that they’re not as invisible as all that.

What music do you listen to when writing?

It depends on the kind of story I’m working on. For Healing Glass, I played a lot of soundtracks. Films, games, anime… it just helps me visualise what I’m writing.

What are you working on now?

My WiP stack is a towering pile! I’m preparing a contemporary suspense series for republication after receiving the rights to the books back. That’s four books needing edits – so that will be this year’s NaNoWriMo project.  On the fantasy front, I have three projects lined up: the sequel toHealing Glass, which currently sits at 45k and is just under halfway done. Then, there’s Soul Bound, the final novella in my Shades trilogy. And finally, I have the Lightning Foil, which is urban fantasy.

How did you go about developing your cover artwork?

I found an amazing cover designer! I didn’t think it’d be possible to have a floating glass city on the cover, so I tried to come up with other ideas. I really struggle with that… and then I saw an image showing a staircase leading out of the waves and towards a castle in the air… and my fab cover designer, Miranda from Pavelle Art, designed the characters and painted the cover.

If you could only take three books with you through an interstellar portal, what would they be?

Who would you choose to read your audiobook?

I’ve just listened to Ruairi Carter read and I can imagine him doing ALL my books, whether fantasy or not. He has an amazing voice and the ability to do convincing accents.

What do you enjoy doing when you’re not writing?

I’m a bit of a food and history blogger, so I divide my non-writing time between exploring historical sites in England, and experimenting in the kitchen. And because I’m a fidget, I tend to knit while I write or edit my stories.

Silliest saying: Over the hill is further than on foot.

With writing, are you a plotter or (seat-of-your) pantser? A bit of both

Do you prefer to read SciFi or fantasy: Right now, it’s fantasy.

Number one thing to do on your bucket list: manage to see the northern lights 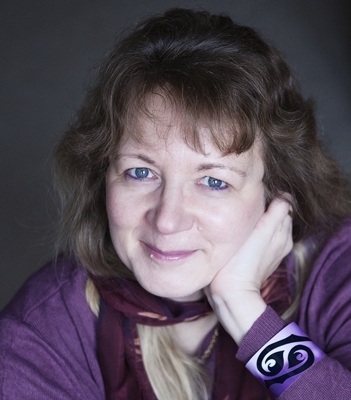 Jackie Keswick was born behind the Iron Curtain with itchy feet, a bent for rocks, and a recurring dream of stepping off a bus in the middle of nowhere to go home. She's worked in a hospital and as the only girl with 52 men on an oil rig, spent a winter in Moscow and a summer in Iceland and finally settled in the country of her dreams with her dream team: a husband, a cat, a tandem, and a laptop.

Jackie loves unexpected reunions and second chances, and men who write their own rules. She writes across genres, blogs about English history and food, has a thing for green eyes, and is a great believer in making up soundtracks for everything, including her characters and the cat.

And she still hasn't found the place where the bus stops.

For questions and comments, not restricted to green eyes, bus stops, or recipes for traditional English food, join her in Jackie’s Kitchen on Facebook or find her in all the usual places: